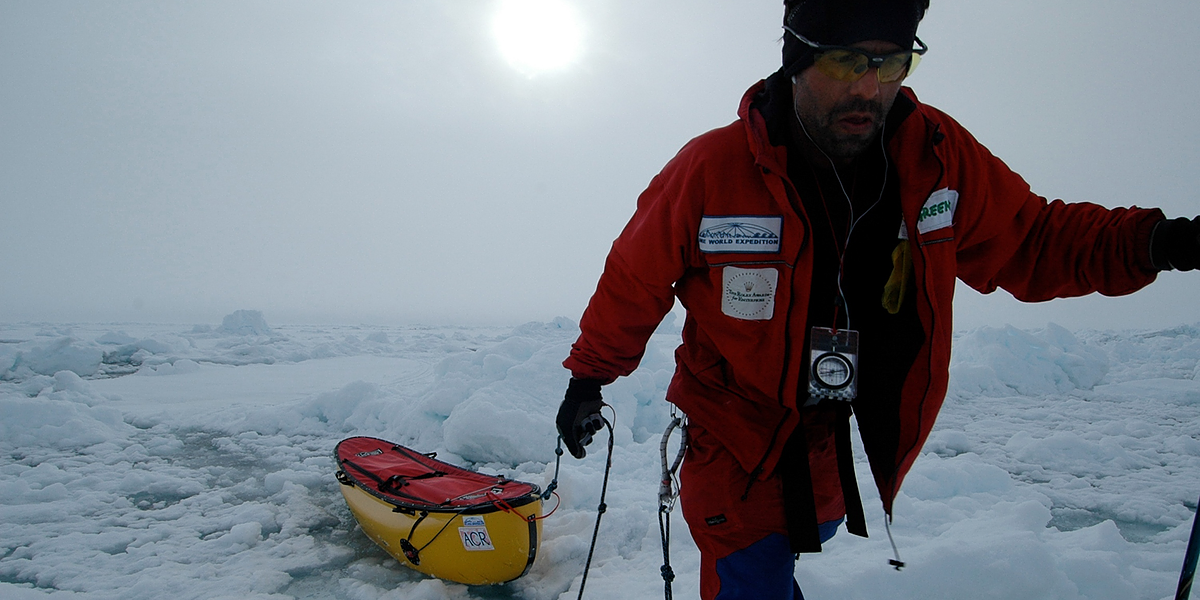 During a Polar, Arctic and Mountaineering career spanning 27 years, Lonnie Dupre has traveled over 15,000 miles throughout the high arctic and polar regions by dog team, ski and kayak.

Dupre was awarded the Soviet Sportsman Medal for Arctic exploration in 1989 and was elected Fellow National of the Explorers Club in 1996. He has authored three books titled "Greenland Expedition - Where Ice is Born", “Life on Ice", and "Alone at the Top".  His expeditions have been featured in such varied publications as Reader' Digest, Sports Illustrated, Outside Magazine, National Geographic, Backpacker, Australian Geographic, Sea Kayaker and Explorers Journal.

• Outside Magazine’s Most Badass Adventures 2015

• Achieved the first circumnavigation of Greenland, a 6,500 mile, all non-motorized journey by kayak and dog team